Unfortunately, we have had to be in classrooms learning Air Law and EASA/NZ Differences. But, now we’ve finished that syllabus, we just have to pass the exams on Wednesday and then we should be flying by the end of the week. Fingers crossed. 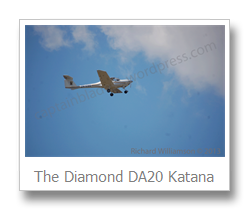 As for the flying, there were some changes as to what I would be flying. I started out by being told I was going to be on the Cessna 172 but I have now been able to swap across into the Diamond DA20 Katana as one of the guys on our course wanted to swap.
I’m quite happy with this as it seems to be quite similar to the Aquila that I used to fly, so hopefully I’ll be able to pick up all the technicalities quite quickly.

Away from the classroom, we’ve all been enjoying the good weather – cooking on the barbeques and playing volleyball.

Unfortunately, the weather looks like it’s going to be turning towards the end of next week and we’re going to get rain. Better make the most of it whilst it lasts! 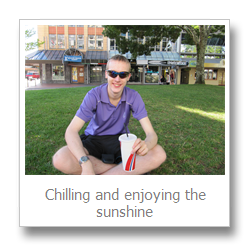 I’m here! Finally, after almost 6 months of ground school in Nursling, I am now out here in sunny Hamilton, New Zealand.
It has been glorious weather since we arrived and I’m loving it – especially when you compare it to the snow that is falling in the UK!

Unfortunately, I’m not yet up in the sky flying. We have a week and a half of ground school first. We have to complete the NZ PPL Air Law and do an EASA/NZ Differences paper.
Hopefully, it’ll be a breeze and I’ll be flying by the end of next week, but we’ll wait and see.

But, even though I’m not flying yet, I have found out what I’ll be flying.

UPDATE: I’m now actually going to be flying the Diamond DA20 as someone wanted to swap to fly the Cessna.

6 months ago, I was preparing to move down to Dibden Manor before starting the ground school course at CTC’s Nursling centre.
Now I’m on my way to Manchester Airport to board a plane to Auckland. How time flies!

We leave Manchester just after 8pm UK time and arrive in Auckland just before 2pm on Friday (NZ time) – an awfully long journey! Fortunately, time difference of 13 hours is included but it is still a long flight.

I can’t wait and it promises to be a good trip.
I’m hoping to get some good pictures of us all whilst travelling and when we first arrive in New Zealand.

So, until I land – bon voyage and safe travels to the whole of CP100 as we transit the globe.

Now that we have finished our time in ground school at Nurlsing, I’m now looking ahead to the flying in New Zealand.
In the ten days that I have off, I am trying to visit as many people as I possibly can – a challenge that is proving to be harder than first thought! There are just too many people to catch up with and not enough time in the day.

I also have to admit that it feels a bit odd sitting at home and not having to do any CBT or Question Bank. After constantly doing it for 5 months, it feels as though it has become part of my routine and now I don’t have to do it. I’m sure I’ll get used to it, but for the short term it feels wrong!

Before leaving Southampton though, I was helping out at the CTC Wings Open Day on Saturday and it was so good to see more people like myself, with a dream of training to become a pilot. I hope you all found it useful and enlightening, as well as enjoying, especially if you got into the simulators!
I did manage to get into a simulator again and got a couple of hours in as a psuedo training captain (basically making sure everything was running properly and we didn’t crash!) The potential pilots I ended up flying next to all seemed really determined and I’d say that you should keep that mentality up!
If you still have questions, both my contact details and details on how to get in touch with CTC can be found on the Contact page.

We are still waiting for confirmation of our flights to New Zealand, but I have now been assured that they are booked, so it looks like I am leaving the UK on the evening of the 20th March to head out to New Zealand. I can’t wait!

Whilst I am employed by Flybe, all views and opinions expressed within this blog are all my own and do not represent the views and/or opinions of my employer